"When I consider thy heavens"

It's already the sixth day of November and this is my first post of the month. But after a busier than anticipated October, I am okay with a late start for the month of my birth.

As I noted on Facebook yesterday, shortly after 9/11 I ran across a Facebook "meme" with a slightly fuzzy, ethereal image of the Twin Towers that featured a paraphrase of lyrics from one of the worst songs ever, John Lennon's "Imagine," in the forefront. Quite clearly this song is the anthem of utopia, which literally means "nowhere," that is, an anthem of human life utterly de-humanized and emptied of anything and everything that makes life worth living: "Imagine no religion." 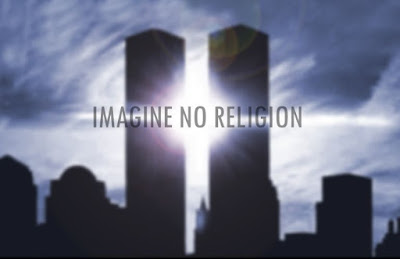 I was very tempted to create a "counter-meme" with stacked dead bodies from the killing fields of Cambodia, or some other equally horrific result of mass atheism, which has proved infinitely deadlier than "religion" has been over millenia in just a little more than a century, using the same words.

At the deepest level, what constitutes us as human beings is what Luigi Giussani named as our "religious sense." It is what impels us to attempt to embrace or eradicate our innate orientation not just towards transcendence, but our reaching towards the infinite; the choice between life or death.

I was hard-pressed today to think of a Friday traditio. Despite the fact that is a day of penance, I settled on a beautiful Anglican choral setting of Psalm 8, which is unmistakably a psalm of praise.


When I consider thy heavens, the work of thy fingers,
the moon and the stars, which thou hast ordained;

For thou hast made him a little lower than the angels,
and hast crowned him with glory and honour (verses 3-5)


I don't mind admitting that I am spiritual because I am religious, which, rather than being an arrogant boast of self-sufficiency, is a humble admission of my need, if not always my burning desire for, communion. In my view, the virulent strand of atheism so popular today plays into the meaninglessness created and sustained by what Korean-born German philosopher Byung-Chul Han has called "the achievement society," the most prominent feature of which is sickening positivization, which flows from the impulse to create one's own meaning. Such a society, however, is poor culture. It is de-humanizing because among other things such a society "is very poor in interruption; 'betweens' and 'between-times' are lacking. Acceleration is abolishing all intervals" (The Burnout Society 22). Han goes on to cite Nietzsche from Human All Too Human: "Active men are generally wanting in higher activity . . . in this regard they are lazy . . . The active roll as the stone rolls, in obedience to the stupidity of the law of mechanics" (22). In other words, rather than creating meaning, uninterrupted activity in an achievement society is usually a way of avoiding the questions that constitute human being.
at November 06, 2015