Is there a culture war? What a stupid question. It's stupid because the only appropriate answer is another question, Who cares? As a Christian I am tired of hearing about various options. I have the option to live my faith fully, which means engaging in and not running from society and culture. Hence, the only "option" I have found attractive in the least is the one whose creator told me in person he did not want it branded as an "option"- Dr Chad Pecknold's "Dominican Option". Another person whose work is starting to influence me in these matters is Dr Michael Martin. I highly recommend his book The Submerged Reality: Sophiology and the Turn to a Poetic Metaphysics. 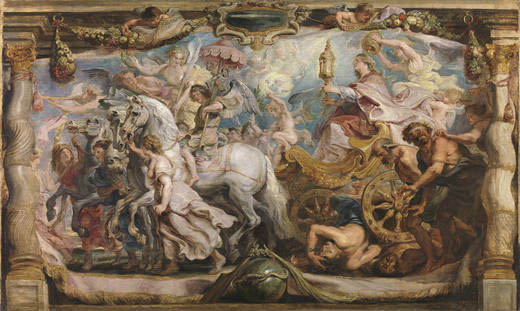 
Let's be clear, the only leaven the Lord warned His disciples to be wary of was the leaven of the Pharisees, the Sadducees, and Herod (Matt 16:6-12; Mark 8:14-21; Luke 12:1). While we need to avoid bad leaven (i.e., hypocrisy, condescension, and the corruption of worldly power), we are to be leaven: "He spoke to them another parable. 'The kingdom of heaven is like yeast that a woman took and mixed with three measures of wheat flour until the whole batch was leavened'" (Matt 13:33; Luke 13:20-21). There are innumerable ways to constructively engage contemporary culture. The least effective of these is by condemning it all wholesale. The fundamental issues and questions with which women and men wrestle remain perennial. As Luigi Giussani noted, it is precisely these fundamental issues and these existential questions that constitute our humanity.

You may have caught wind of the controversy surrounding the rejection of a Church of England-produced 60-second ad featuring the Lord's Prayer by Digital Cinema Media (DCM), the firm that handles advertising for Great Britain's three largest cinema chains. Neil Davenport, commenting on this rather unsurprising development for Spiked (a secular on-line publication), noted:

The banning of the Lord’s Prayer ad may seem like a minor story, but it exposes how bereft of meaning and purpose Western societies have become. The tragedy is that this uncertainty only acts as an invitation for anti-Western Islamists to pose their ideology as the principled alternative to that of decadent, hollow Europe. A nominally Christian country in which some people deem that a 60-second advert featuring the Lord’s Prayer is ‘offensive’ has surely lost the plot

So it seems that the question for us Christians is, How do we help our society regain the plot? My answer is, through culture, genuine culture, human culture, which does not prudishly ignore any aspect of reality as we experience it, or foster a bizarre, sentimental sub-culture.

As a result, our traditio for this final Friday of this Year of Grace is The Church of England's Lord's Prayer ad:

Given that I blew at least one mind by entitling a post "Eucharist as immanentized eschaton," let me note that by asserting that the Eucharist "immanentizes the eschaton," all that I was trying to say, albeit in a philosophical and alliterative way, is that in each and every Eucharist the Lord returns and the saints rejoice. In other words, when we participate in the Eucharist we participate in the wedding feast of the Lamb, in Christ's ultimate triumph. This is how the Eucharist becomes "the only place of resistance to annihilation of the human subject." In light of this, please note 2 things:

1. Resistance, despite not having the appearance of power, is not futile

2. Resistance is both joy-filled and beautiful

In the second chapter of his autobiography, Surprised by Joy, entitled "Concentration Camp," C.S. Lewis traced back to his early years at a terrible boarding school what, in time, became a major part of his contribution to helping modern Western society maintain or regain "the plot". Referring to the resistance of the boys to their awful headmaster, "Oldie," Lewis wrote,

We stood foursquare against the common enemy. I suspect that this pattern, occurring twice so early my life [the other time was his camaraderie with his brother vice their father after the death of his mother], has unduly biased my whole outlook. To this day the vision of the world which comes most naturally to me is one in which "we two" or "we few" (and in a sense "we happy few") stand together against something stronger and larger

We all know how Lewis engaged culture. He did so by engaging it creatively. Pope St John Paul II, rather than taking up arms and joining the armed resistance against the Germans after Poland was conquered, also chose cultural resistance, thus aiding his country in maintaining the plot. In addition to resisting the Nazis, the effects of this cultural resistance were strong enough to ultimately defeat Soviet-style communism more than 40 years later.

The important thing to attend to here is that Christianity, when practiced well, is a subversive force. Don't believe me? Forget Star Wars and read St Paul, a man who very clearly set out to creatively subvert the Empire- Star Wars is a very pedestrian story by comparison. One can also consider the conditions under which Jesus Christ, the Second Person of the Blessed Trinity, became human. He did not become human as the emperor of Rome, Persia, or any other powerful empire, but, to borrow John P Meier's title, He became incarnate as "a marginal Jew"; a marginal member of a marginal people living under Roman occupation. Here's something simpler yet- just recite the Lord's Prayer.
at November 27, 2015