I just finished Michel Houellebecq's Submission, a novel I read carefully this week, interspersed with reading Huysmans' Marthe: The Story of a Whore. After reading Houellebecq's book, I am even more convinced of that the mystery central to reality is the Incarnation, which is, indeed, the manifestation of the mysterium tremendum. I also have no problem admitting that Islam in its finest form, which is the form with which Houellebecq deals, is perhaps in some ways better suited to worldly dominance than is Christianity. While it can be and has been used as a form social control, such a use is fundamentally at odds with the nature of Christianity.

Houellebecq grasps something very fundamental, something we see playing out in the Church right now in a big way in the wake of the Synod on the Family. It is a diagnosis that the author of Submission gives in a parenthetical note towards the end of the book, as his main character, François, summarizes an article written by one Robert Rediger:


liberal individualism triumphed as long as it undermined intermediate structures such as nations, corporations, castes [the Church, as Houellebecq describes a few pages later], but when it attacked that ultimate social structure, the family, and thus the birthrate, it signed its own death warrant... 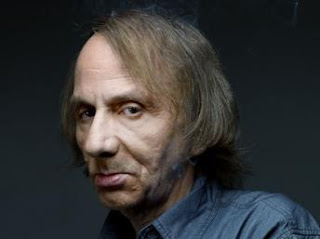 
Here is what Houellebecq writes concerning the Church a few pages later, as François contemplates the reasons for René Guénon's conversion to Islam:


Thanks to the simpering seductions and the lewd enticements of the progressives, the Church had lost its ability to oppose moral decadence, to renounce homosexual marriage, abortion rights, and women in the work place

In this Houellebecq can be read as echoing, certainly not exactly, Pope St John Paul II. Unlike Houellebecq's take on gender relations according to Islam, John Paul II, while firmly insisting on the difference and complementarity of men and women, asserted a fundamental equality of persons.

In his 1994 Letter to Families, Papa Wojtyla observed:


No human society can run the risk of permissiveness in fundamental issues regarding the nature of marriage and the family! Such moral permissiveness cannot fail to damage the authentic requirements of peace and communion among people. It is thus quite understandable why the Church vigorously defends the identity of the family and encourages responsible individuals and institutions, especially political leaders and international organizations, not to yield to the temptation of a superficial and false modernity... 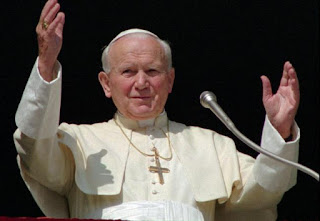 This kind of critical reflection should lead our society, which certainly contains many positive aspects on the material and cultural level, to realize that, from various points of view, it is a society which is sick and is creating profound distortions in man. Why is this happening? The reason is that our society has broken away from the full truth about man, from the truth about what man and woman really are as persons. Thus it cannot adequately comprehend the real meaning of the gift of persons in marriage, responsible love at the service of fatherhood and motherhood, and the true grandeur of procreation and education

Stated pointedly, there's more at stake than many people realize.

In light of this, our Friday traditio is a repeat- Paul Young singing "Love of the Common People":