Why a deacon should sing the Exsultet

As he does so often, Deacon Bill Ditewig wrote an article that is well-worth reading. He posted it on his blog, Deacons Today: Servants in a Servant Church. The post is entitled "Christ, Cross, Candle, and Gospel: An Early Lenten Reflection on the Deacon and the Exsultet." It is particularly worthwhile reading for bishops, priests, deacons, as well as for diocesan and parish music and liturgy directors. I am remiss for not posting this sooner, but we're still in Lent with the Paschal Vigil a little less than a month away.

According to Deacon Bill, what prompted this post was a question asked him by a friend who is a priest: "The rubrics permit someone other than the deacon to sing it, so why not just get the person with the best voice to do it? Tell me why the deacon should do it!" It's a fair enough question. 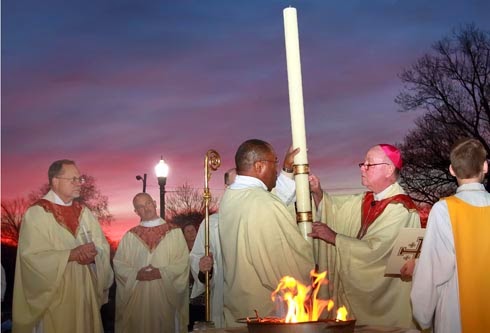 I agree with Deacon Ditewig, who holds a Ph.D in Theology from the Catholic University of America and formerly served as head of the office of the permanent diaconate for the United States Conference of Catholic Bishops, that when it comes to this question, "there is so much more than simply worrying about the niceties of who gets to do what during the Easter Vigil." In fact, if it were about that it wouldn't be worth mentioning. I don't want to steal any of Bill's insights (as you will see, I did poach the picture above from his post) and so, for those interested, please read it. As for me, I look forward to singing the entire Exsultet for the first time at next year's (2016) Paschal Vigil. I plan to begin preparing for this late next summer in the hope I don't suddenly break out singing Train in Vain, or something like that.
at March 09, 2015 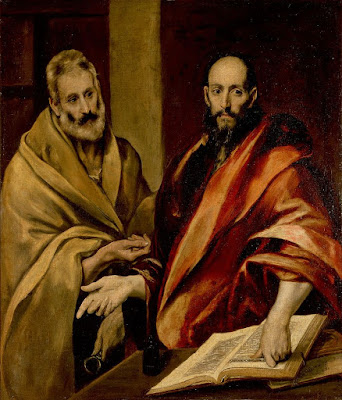