"But listen carefully to the sound"

Lent always turns out differently than I plan it, which is okay, even preferable. The difference is not that I jettison everything I planned to do or not do over the course of this holy season- though I certainly struggle and never fail to be reminded that, in many ways, I am pretty weak-willed. It's precisely those areas (i.e., the ones in which I am weak-willed) that there is the most value because they remind me, experiencing this phenomenon we call "being saved," that I cannot save myself. I need a Savior. 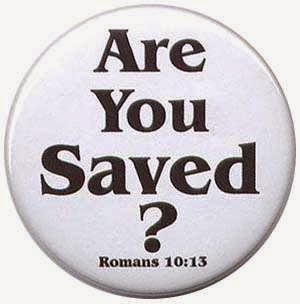 Writing about salvation, a subject about which we are highly prone to being absurdly reductive, it seems to me that the question is not, "Are you saved?" Rather, it strikes me that the salient question is, "Are you allowing yourself to be saved," or, perhaps a bit more concisely, "Are you being saved?"

While by no means absolute, as some mistakenly imagine, freedom is not illusory, as Dostoevsky sought to demonstrate in The Brothers Karamazov, in the chapter entitled "The Grand Inquisitor," as told by Ivan Karamazov, when the Inquisitor interrogates Jesus Himself:


Hast thou the right to divulge to us a single one of the mysteries of that world whence Thou comest?' enquires of Him my old Inquisitor, and forthwith answers for Him. 'Nay, Thou has no such right. For, that would be adding to that which was already said by Thee before; hence depriving people of that freedom for which Thou hast so stoutly stood up while yet on earth.... Anything new that Thou would now proclaim would have to be regarded as an attempt to interfere with that freedom of choice, as it would come as a new and a miraculous revelation superseding the old revelation of fifteen hundred years ago, when Thou didst so repeatedly tell the people: "The truth shall make you free." Behold then, Thy "free" people now!' adds the old man with sombre irony

Our traditio for this Lenten Friday is Eve Goodman singing Fleetwood Mac's "Dreams":


Now here you go again
You say you want your freedom
Well who am I to keep you down
It's only right that you should
Play the way you feel it
So listen carefully to the sound
Of your loneliness
Like a heartbeat... drives you mad
at March 13, 2015