"We feel most alive in the presence of the Beautiful"

In the plaza around back and to the east of the Cathedral at which I serve as a deacon, there is a fountain. My two little boys, who are 3 and 6, love to watch the fountain, walk around the edge of it, feel the splash of the water as it spouts from the top, cascades down the different levels, generating a cooling spray. Last night after Mass was no different, no doubt they were encouraged even more by the fact that it was a very, very hot afternoon. So, as we exited the backdoor they instinctively ran towards the fountain, which lacks the grandeur of the fountains of Rome, but certainly enhances the beauty of our little piazza.

My wife and I stood by and enjoyed watching two of our children enjoy the fountain. As we watched and cautioned the boys about not falling into the fountain, a dear friend came up and watched along with us. Our friend, who travels a lot, to whom I just lent my copy of Gustaw Herling's Volcano and Miracle: A Selection from The Journal Written at Night two weeks ago, mentioned the fountains of Rome. On hearing that I told her that just Friday night I watched a movie set in Rome: Pasolini's Mama Roma, featuring the truly amazing Anna Magnani. She asked if the movie showed any of Rome's famous fountains. I told her that Pasolini's film does not show any of Rome's beautiful fountains, or any of the Eternal City's many beauties, because it is set in the suburbs of post-war Rome. The only glimpse of Rome's grandeur is that of the dome of a Roman basilica that is visible, though at a distance, from the desolate suburb, a view which constitutes the movie's famous last shot. In Pasolini's film, even the scenes at Mass (and there are several) are shot at what was then, in 1962, a new Church, one that is plain with white walls, no statues, paintings, tapestries, oriental carpets, or even any discernible stained glass windows, only a lovely marble baldacchino. It was spare and sparse, like the rest of the new suburb of which it is a part.

This Pasolini film belongs to the genre of Italian neo-realism, but, as with all things he did, there is something more artistic going on. One of the major components of neo-realism is using "real" people, that is, non-actors, either for all roles, as in the classic and seminal film The Bicycle Thief, or for most of the parts. In Mama Roma, apart from Magnani, the actors are all non-professionals. Writing about his use of non-professional actors, Naomi Greene, in he book Pier Paolo Pasolini: Cinema as Heresy, asserts that his employment of such "actors" is no different than that of other neo-realists, like Roberto Rossellini, but his philosophy was unique, whereas the working philosophy of other neo-realists was that of using non-professional actors, in Greene's words, to "add to the realism to their films, Pasolini turned to nonprofessionals [precisely] because their acting did not seem 'real'." 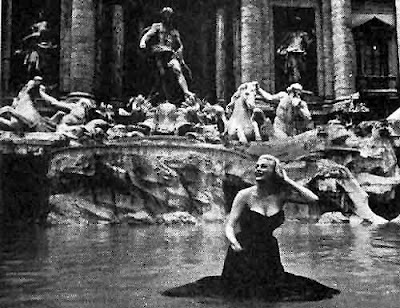 
One of the things that is palpable in Mama Roma is the desolation that results from the lack of beauty, the deleterious effect it has on us, assaulting our humanity. This brings me back to beauty and our need for it. The late John O'Donohue, in his book, Beauty: The Invisible Embrace, observed, "We feel most alive in the presence of the Beautiful for it meets the need of our soul." He goes on to note that, culturally, we live an age of the ugly. This last observation caused him to turn to Hans Urs Von Balthasar, specifically to Von Balthasar's theological aesthetic:


Beauty is the disinterested one, without which the ancient world refused to understand itself, a word which both imperceptibly and yet unmistakably has bid farewell to our new world, a world of interests, leaving it to its own avarice and sadness. No longer loved or fostered by religion, beauty is lifted from its face as a mask, and its absence exposes features on that face which threaten to become incomprehensible to man... Our situation today shows that beauty demands for itself at least as much courage as do truth and goodness, and she will not allow herself to be separated and banned from her two sisters without taking them along with herself in an act of mysterious vengeance

O'Donohue, who only passed away in 2008, observed, "Much of the stress and emptiness that haunts us can be traced back to our lack of attention to beauty." Noting the importance of environment, both cultural and natural, he wrote, "The blindness of property development creates rooms, buildings and suburbs which lack grace and mystery."

In one of her nighttime street-walking scenes in Mama Roma, Magnani's character is talking about an old man, telling a story about how she was made to marry him when she was very young (in the context of the film, probably not something her character really did, but you can't be certain, nor are you intended to be) who became rich building Rome's suburbs. She waxed eloquent about how beautiful the buildings were. She mentions that he also built great toilets. After awhile he stopped building beautiful buildings and just made really great toilets!
at August 05, 2012

Email ThisBlogThis!Share to TwitterShare to FacebookShare to Pinterest
Labels: Community of the Heart, I believe, Reflections and Ruminations

Words, do they suit the purpose?

It's nearly 6 PM and still no traditio ! My, how the days fly by! Frankly, it worries me sometimes how quickly time passes. Obviously, d... 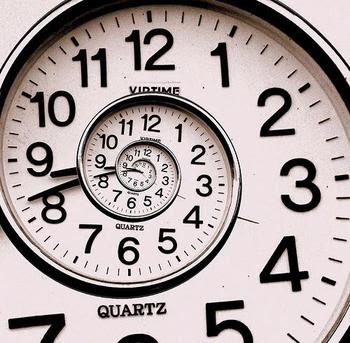