"It was not for the thirty pieces of silver / but for the hope / that He awakened / in me that day. I was a quiet man, / I had a comfortable life, / I even used to pay my respects / to God in His house. / But one day that Man came, / He spoke of peace and love / He said that He was the Messiah, / my Savior. // Through lands dried up by the sun, / through the streets of every village / we were suffocated by the crowd / with their outstretched hands, / but then the days went by / and His kingdom did not come. / I had already given Him everything / and He betrayed me. // My heart became like stone / and my eyes became good at escaping. / He had given me anguish / and so He had to die. / Hanging from a tree is a body / that is no longer mine. / Now I see in His eyes / that He is the Son of God." (C. Chieffo, Il monologo di Giuda [Judas’ Monologue]).

The lyrics of this song by Claudio Chieffo describe well the interior drama that all serious Christians experience. In fact, it is something that leads many to stop following Him, at least in an intentional way. Our initial encounter is something that holds a lot of promise, the answer to many of life's problems, a way to overcome our many difficulties. Let us never forget that His summons to us is this: "If anyone would come after me, let him deny himself and take up his cross daily and follow me. For whoever would save his life will lose it, but whoever loses his life for my sake will save it. For what does it profit a man if he gains the whole world and loses or forfeits himself?" (Luke 9:23-25- ESV). Without doubt this is a hard saying. It is not what we want to hear, let alone to strive to live. 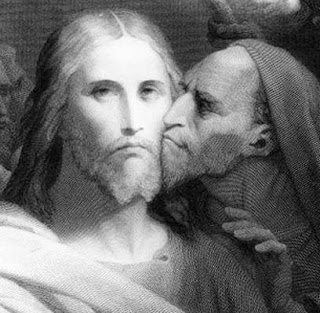 The Prayer of St. Francis, which cannot be traced any earlier than the second decade of the last century, expresses this well. Most often we hear or recite the first line of this beautiful prayer, which, if not composed by my brother deacon, certainly expresses well his manner of discipleship: Lord, make me an instrument of your peace." But the way I see it, it is the prayer's ending that should catch our attention, echoing, as it does, the summons of the Lord:

Indeed, as we endeavor to serve the Lord each day by carrying our cross and helping others to carry theirs, by giving without counting the cost or expecting anything in return, by forgiving even the most egregious wrongs others commit against us, by dying to ourselves and living for Him, we easily begin to wonder, What's in this for me? How long must I keep this up? When, Lord, will I see your glory? The short answer to the first question is- Everything! As Fr.Carrón recently reminded the Responsibles of Communion & Liberation: "There’s no [distance] greater than the one between being and nothingness!"

Email ThisBlogThis!Share to TwitterShare to FacebookShare to Pinterest
Labels: Communion and Liberation, discipleship