Proclaiming God's kingdom wherever you are

Reading the Gospel text for this Fourteenth Sunday in Ordinary Time made me chuckle. It made me chuckle because, thinking of my last post, in today's Gospel Jesus mentions Sodom. He mentions it in the context of sending out seventy-two of his disciples as advance parties as he makes his way to holy city, Jerusalem.

Specifically, Jesus exhorts those whom who he sends to shake the dust off their feet in the street of any town that refuses to receive them. By bearing public witness against them in this way, the Lord says it will be more tolerable for Sodom when God's kingdom is fully established than for any town his disciples witness against. In light of last week's reading, this exhortation can be a bit confusing.

It may be confusing because the Lord's instruction to the seventy-two seems to contradict his angry reaction to the suggestion an unwelcoming village should be destroyed in last week's Gospel (see Luke 9:54-56). If you remember, in last week's Gospel, after Jesus determined to set his face toward Jerusalem, he and his followers journeyed through Samaria. As they approached an unnamed village, the Lord sent a party ahead to arrange for the village to receive them. Rather than welcome this band of Jews from Galilee, the village refused them because their destination was Jerusalem. In other words, the Samaritans, whom the Jews viewed no more favorably than they viewed the Jews, refused them because they were Jewish. In response to this refusal, James and John asked Jesus if they should call upon God to destroy the village. Not only did Jesus tell them not to do it, he rebuked them for asking. You see, Jesus comes to save, not to destroy.

In contrast to what we heard last week, in today's Gospel Jesus appears to give almost the opposite instruction to the seventy-two. He sends thirty-six pairs of his followers ahead of him to the towns and villages through which he intends to pass on his way to Jerusalem. Telling about this singular journey comprises 406 of 1,151 verses that make up the Gospel According to Saint Luke. This amounts to slightly more than 35% of the Gospel if one calculates its length by verses and not by chapters or words (I didn't do that arithmetic for this reflection). It is safe to say that Jesus's journey to Jerusalem is the heart of Luke's account of Christ.

It's important to point out that in and of itself shaking the dust off one's feet is a harmless act. It falls far short of the kind of destruction James and John wanted to inflict on the unsuspecting Samaritans, whose response to Jesus's emissaries was as understandable as it was predictable. It is certainly not the carnage we read about in Genesis 19:1-14 that befell Sodom. It's important that Jesus mentions Sodom and the potential fate of unwelcoming towns in the context of his mission, which is to begin the establishment of the kingdom of God. 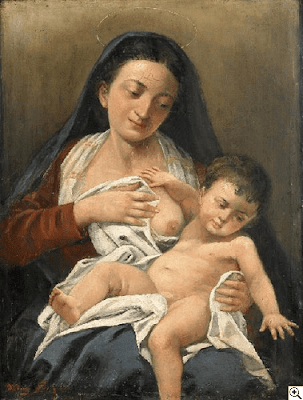 
To wit: rejection of God's kingdom is it's own punishment. It amounts to saying to God, "No thanks. This fallen, violent, greedy, selfish, uncaring, divided world is good enough for me. Take your utopian nonsense elsewhere. What do you think we are, naifs?" In fact, given their violent disposition to strangers among them, both toward Lot and his family as well as his mysterious visitors, this is basically what the inhabitants of Sodom did. In summary, God's kingdom is not realized by violence. In fact, it can only realized by those who, like Jesus, renounce violence.

Jesus sent his followers to cure the sick and proclaim the kingdom of God. When the seventy-two returned and gave their report to Jesus it was all positive. They were astounded that the demons were subject to them on account of Jesus. I think it's important to point out that not one pair reported that they had shaken the dust from their feet as a testimony against any town or village! Doesn't this bear out the Lord's assertion that the "harvest is abundant"? At least in the experience of the 72, didn't the lambs triumph over the wolves?

As he often does, Jesus cools the zealous enthusiasm of his followers, who seem rather taken with the power made manifest through them. He tells them they should not rejoice because they have power over demons but that they themselves have not only welcomed but proclaimed the kingdom of God. This is the point St. Paul makes in our reading from his Letter to the Galatians. Neither circumcision nor uncircumcision matter to him any longer. I think we can take this as shorthand for pointless religious squabbles are beside the point. What matters to the apostle is "a new creation." What matters to him is the kingdom of God, which, as he asserted in last week's second reading, is ushered in by loving your neighbor as you love yourself (Gal. 5:14).

Speaking of pointless religious squabbles, not only did Jesus forbid the destruction of an unwelcoming Samaritan village, later in the same chapter from which today's Gospel reading is taken, he teaches the Parable of the Good Samaritan. He gives this parable in answer to the question posed by a scholar of the law, "And who is my neighbor?" (see Luke 10:25-37). Up to the point in this encounter when he taught this parable, Jesus's answer to the scholar's initial question- "Teacher, what must I do to inherit eternal life?"- was nothing an observant Jew would find shocking, novel, or the least bit eccentric (i.e., love God with your entire being [Deut. 6:5] and love your neighbor as you love yourself [Lev. 19:18]). The Parable of the Good Samaritan marks a revolutionary change in understanding who is one's neighbor. According to Jesus, your neighbor is not just the person who is truly "Other," that is, not of your own people or tribe, but the one whom you are inclined to despise.

Our first reading, from Trito-Isaiah, which expresses the longing of the returned exiles for the holy city to not only be restored to its former glory but to when Jerusalem will exceed its former grandeur. When read through the lens of the dominant theme of our Gospel reading (i.e., the kingdom of God), which the New Testament often bills as "the New Jerusalem," this passage is an ode to God's kingdom. The central image it sets forth is at once lovely and primal: the baby nursing at her mothers' fully gorged, "abundant" breasts:

Oh, that you may suck fully
of the milk of her comfort,
that you may nurse with delight
at her abundant breasts! (Isa 66:11)

It's difficult to think of a more nurturing, more life-giving, less violent image. Like the seventy-two disciples, having been empowered by Jesus through the Eucharist, you are sent forth to proclaim God's kingdom wherever you are sent. God's kingdom is one of peace and joy.
at July 06, 2019