God is the fullness of mercy

Since I am not preaching this week, my reflection doesn't have to be as structured. This is good because I am currently finding the discipline of writing very difficult. So, I am just going to go with my impressions. These impressions, it is important to point out, are derived from my practice of lectio divina with the Sunday readings. I work with the first reading Monday, the second Tuesday, and the Gospel on Wednesday. Some weeks I attempt a synthesis. I guess that's what I am doing for this week's reflection.

I have to admit that it was not until recently that I realized how fundamental the story of Sodom's destruction was to the Gospel According to Luke. It is a strand woven throughout Jesus's entire ministry and mentioned or implicitly referred to fairly often in Luke's account of his preaching. I suppose in light of the late Eugene LaVerdiere's brilliant book Dining in the Kingdom of God: The Origins of the Eucharist in the Gospel of Luke, the counter-example of Sodom should not be surprising given the centrality of table fellowship in the third Gospel and the hospitality such fellowship demands.

What brings about God's wrath more than anything is the oppression of the weak by the strong. This is what led Dietrich Bonhoeffer to assert: "It is not the sins of weakness, but the sins of strength that matter." Yes, this ought to bring our minds and hearts back around to what is happening along our southern border, to what is happening in the Middle East to the Palestinians as well as to our fellow Christians across the Levant and into the Maghreb.

Our first reading is the episode that finds Abraham pleading with God to spare Sodom from divine wrath. Abraham famously bargains God down to 10 righteous people. I have always wondered if Abraham stopped too soon. Well, in reading Robert Alter's commentary on verse 32 in his The Five Books of Moses, I found a reason as to why Abraham stops there. According to Alter, Abraham did not go lower because 10 is "the minimal administrative unit for communal organization in later Israelite life" (60). Later Israelite life is important because the text does not date to Abraham's time but much later.

Despite Alter's reason for Abraham stopping at 10, I still think it may well be a case of a human being selling God's mercy short. As James and John discovered in our Gospel reading four Sundays ago, you'll always get farther with God appealing to his mercy than you will calling down his wrath. Don't we often try to reduce God to our own measure? 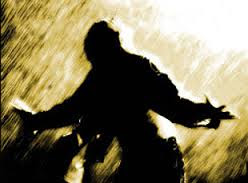 Our reading from Colossians is one of those beautiful passages on baptism we find in Paul's writings. The apostle's point in this passage is that when we died, were buried, and rose with Christ to new life in baptism we entered life eternal. Post-baptismal life should be markedly different from your previous life. Unless, unlike me, you were baptized as an infant. I'll be really honest, these days I am not sure how well-disposed I am towards infant baptism. Somewhere in the book Who Is a Christian?, von Balthasar, too, questions the wisdom of infant baptism in the present age. This is not a full-out rejection of so-called pedo-baptism. It is certainly not an Anabaptist argument. Sweeping away those two strawmen, it is an interesting question.

I suppose how the Church ultimately answers it will have to wait for the time, which is rapidly approaching, when few parents will present their children for baptism. At that point, I suppose, the Church would not need to change this practice. Way back in 2011, Archbishop Diarmuid Martin of Dublin preached on how parents lacking faith should not, according to their own consciences, present their children for baptism, etc (see "Archbishop urges lapsed Catholics to leave the faith").

Archbishop Martin said: "It requires maturity on those people who want their children to become members of the church community and maturity on those people who say 'I don't believe in God and I really shouldn't be hanging on to the vestiges of faith when I don't really believe in it.'" Lacking faith, it should be said, is not the same thing as having faith and being critical of the Church. Lacking faith does not equate to being free from doubts. Someone who professes unbelief and who absents himself from the community, except possibly for rites of passage, which he views in a reductive anthropological way, a way that lacks a theological grasp of the what the sacraments symbolize and mediate, are the ones to whose consciences Martin is appealing. In short, Christianity is not tribal. One is not Catholic because one is Irish, or Italian, or Mexican, Argentinian, etc. God has no grandchildren, only children. Later in Luke's Gospel, Jesus asks, "when the Son of Man comes, will he find faith on earth?" (Luke 18:8).

To the point of selling God's mercy short, our Gospel is wonderful exposition of God's mercy. God is patient and kind. We should not hesitate to turn to God, to ask, to knock, to seek. If we desire to give our children good things, how much more does the Father long to give us eternal life? He wants us to enjoy eternal life so much that he gave us his only begotten Son. What we need most of all is stated very eloquently in a quote I used in my last post by Dom Erik Varden, OCSO: "before God, merit is as nothing... what matters is to know one's need for mercy and to receive it thankfully." Mercy is nothing but faith put into practice.

Because we are his children through rebirth in baptism, we can petition God for anything. Persistence is required, I am convinced, not in order to persuade God, but to persuade ourselves. In other words, is what you're asking for what you really want?

It has been observed and often repeated that one does not pray to change God; one prays to change herself. What we pray for and how we pray are good indicators of spiritual maturity. The conversion for which we pray is spelled out in Luke's simplified version of the Lord's Prayer, which consists of 4 petitions: 1- God's kingdom come; 2- Give us our daily bread; 3- forgive us our sins because "we" (i.e., Jesus's disciples) "forgive everyone in debt to us"; 4- do not subject us to the final test. Why not subject us to the final test? Because we'd fail, each one of us, which is precisely why we need to be forgiven. Because we're forgiven, we must forgive. Mercy is not merely the hallmark of that kingdom, for the coming of which we pray, it is how this kingdom will be realized.
at July 27, 2019 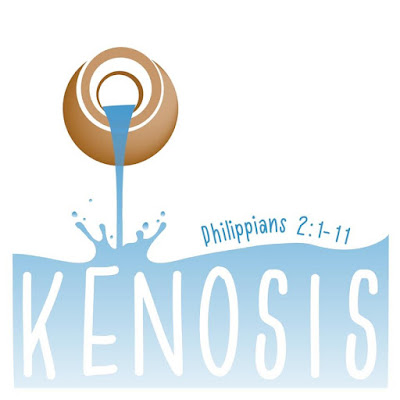