Ten years ago, after my blog, named Scott Dodge for Nobody, had lain dormant for nearly a year after only 6 posts, I posted this under the title "How Occasional?":


I'm back almost a year later posting again. I have re-named my weblog from its original. Now that I have decided to take up blogging with fervor, I am making a few changes. One change will be that comments will be moderated. So, please don't spam me with your comments. If I were interested in antique cars or other stuff, I am capable of finding what I want on my own. Constructive, even critical, comments are welcome as long they foster genuine dialogue, are temperate and not profane.

The focus on my blog will not change, but within the realm of theology, pastoral practice, preaching, history, philosophy, politics I will range more widely. One feature of my blog will be my homilies, which I will post here. I also want to put up some notes for classes I teach and comment on what I am reading. I am looking forward to this endeavor made easier by my acquisition of a laptop computer and home DSL

I would be lying to say that I had any plan at all, let alone a master plan, for what was to follow. If you had told me then I would be writing this 10 years and some 3,160 posts later I don't think I would've laughed or demured, I probably would've said, "We'll see how it goes." For better or for worse it has gone. It was quite a big deal when I purchased my first laptop computer and obtained what was then high-speed home internet service. 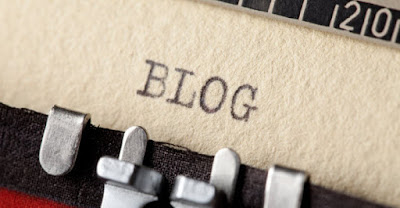 Just yesterday I was chatting on-line with a friend, someone I only know on-line, my fellow Catholic blogger Frank Weathers, who has resumed blogging, albeit at a reduced pace, over at Why I Am Catholic. We briefly discussed blogging. I wrote this: "The few years I blogged, when pretty much nobody read anything I wrote, which is probably a good thing, I figured out that if my writing didn't help me it wouldn't help anybody." A time or two I've caught myself moving away from that, thinking I was making some important contribution. I wasn't and that is not the point and purpose of my endeavor here. Maybe it's self-flattery, but at a time when things come and go so quickly, especially on the interwebs, I like to think of my little cyberspace as reliable and reliably Catholic in the best sense of the word.

In all honesty, I probably blogged for 4-5 years before finding what an actual writer might call "my voice." I don't feel like I began hitting my stride and feeling comfortable (i.e., less insecure) about blogging until 2011, at which time I began blogging less. In 2012 I composed 280 posts, 91 fewer than in 2011. With the exception of 2013, during which I posted 297 times, the trend has been even less. While I am likely not the best judge of my own writing, especially since very often the posts of which I am most proud are routinely among my less read offerings, I think the quality has improved. I certainly hope it has. At least for me, learning how to write well is an ongoing endeavor. I can say that the best writing, whether mine or anyone else's, happens when it comes from experience.

Whether a reader drops by to read one post, or reads my blog regularly, my prayer is that you find it encouraging, reassuring, enlightening, or perhaps provocative, maybe even a little infuriating. In a word, worthwhile.

Last year was the first full year since I began blogging in earnest that I put up fewer than 200 posts. I doubt I'll reach 200 this year, which is fine by me. I am sure it will still be too many for some people, which is also fine by me. Why write about blog stats? Being concerned about stats is the sign of being a card-carrying member of the so-called blogosphere. Whenever I conceive of the "blogoswhatchacallit geometrically it strikes me as being trapezoidal, a bit pointy in places. As for how much longer, as with my likely answer 10 years ago, "We'll see how it goes."

Thanks for dropping by. Here's some virtual cake for you: 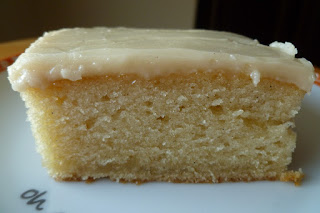