Jesus invites us to belong

Perhaps the most memorable account of Jesus healing in Mark's Gospel is found in the second chapter. The first twelve verses of that chapter tell of Jesus's healing in a house. People were lined up to receive the healing of Jesus. Four men brought their paralytic friend on a stretcher. In their eagerness, they jumped the queue, pulled their disabled friend up on the roof, and then lowered him down in front of Jesus.

What Jesus did when the paralytic man was put in front of him startled everyone in the room, especially those who keeping a wary eye on him. He said to the paralyzed man "your sins are forgiven." Discerning the dubiousness of those keeping an eye on him about his claim to forgive sin, Jesus asks out loud whether it is easier to say "your sins are forgiven" or "get up and walk." He then tells the man to stand up, pick up his stretcher, and walk. This is a demonstration of the validity of his claim to be able to remit sin (see Mark 2:1-12).

Sadly, in our time and culture, we take the latter as "proof" of the former, thus separating the two. As the recently-deceased Irish theologian James P. Mackey observed: "the healing is not separate from the forgiveness" (Christianity and Creation, 115). It is important not to separate the two lest we persist, even subconsciously, in the lie that sin causes God's punishment, including misfortunes, physical disability, injury, even death. In fact, as Mackey further noted, "the [only] punishment for sin is a self-inflicted punishment by humanity on humanity" (Ibid).

Setting things straight theologically is important when addressing the Scriptures. One of the distinct features of the disease identified in the Bible as "leprosy" is that nobody knew its cause and there was no surefire cure. Because it was held to be contagious, should someone be afflicted with this disease, they were unclean. This status exiled them from family, home, and society. Among Jews, contact with a leper rendered you ritually unclean, at least temporarily.

Most of us know after a year of living in pandemic conditions the fear of being infected with a possibly fatal disease. Many who are in vulnerable categories have more-or-less been isolating for nearly a year. A lot of us have been forced to quarantine after possibly coming into contact with someone infected with sars-cov-2 for a few weeks.

Others, such as myself, were forced to isolate while sick with the disease caused by the virus: COVID-19. For most of us, even if extended, these quarantines and isolations will prove temporary. This gives us a little taste of what a leper in Jesus's day experienced, except, barring a miracle, for the rest of their lives, which would likely be taken slowly by the disease. Another fairly contemporary analog is the early days of AIDS, the disease caused by HIV. 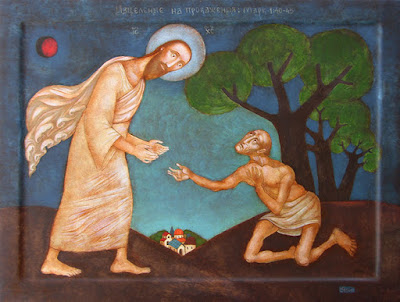 
The first thing we must attend to in this pericope (a "pericope" is a distinct episode found in the Gospels) is so obvious we can easily miss it: Jesus did not fear contact with this leprous man. Beyond that, Jesus willed to make him clean, to impart to him, impute to him, imbue him with the healing and wholeness he sought. After making him clean, Jesus directed the man to do what the law, as set forth in our first reading from Leviticus, prescribed. Presumably, Jesus directed this so the man could be properly restored to home, family, and society. In short, he could once again belong.

As I mentioned yesterday in my second weekly chronicle about my own struggles, belonging is a fundamental human need. If you're anything like me, sometimes you might balk at that statement. Hearing it or reading it might even make you angry. In short, this insistence might provoke you. But, at a deep level, we all want to belong because we need to belong. We need to belong because we are made to belong. We are made for communion. This is why you can't really flourish without belonging.

Jesus is the agent of belonging par excellence. His ministry consisted, in large part, of gathering those on the margins, inviting them to belong to God's people. The Church is nothing if not an assembly consisting of those Christ has gathered. But the Church is only really the Church when it is radically inclusive, like Jesus. Sadly, the Church is experienced by many as a place of exclusion, even rejection, and repudiation.

Too many people suffer and are even traumatized by this all-too-human tendency to make the Church of Christ an exclusive club. We do well to bear in mind Jesus's words to those who were scandalized by his eating and drinking with "tax collectors and sinners"- “Those who are well do not need a physician, but the sick do. I did not come to call the righteous but sinners" (Mark 2:17)

"Once you were 'no people' but now you are God’s people; you 'had not received mercy' but now you have received mercy" (1 Peter 2:10). As Pope Francis tirelessly teaches, being a Christian is about receiving and extending mercy. It is nothing other than the mercy of God given us in Christ that makes the Church. God's mercy, in turn, is made real, that is, experiential by the Holy Spirit. Because it is the Spirit who effects the sacraments, it is the Spirit that makes the Church the sacrament of salvation for the world.

The man Jesus heals in today's Gospel is a model of evangelization. Too often we endeavor to make evangelization a program replete with repeatable formulae. In reality, evangelism consists of nothing more than telling others what Jesus has done for me. So strong was the urge of the man-made-clean to tell others what Jesus had done for him that he ignored Jesus's direction not tell anybody anything about what had happened.

Apologetics is not evangelization. Nobody is going to be argued into the Kingdom of God. We make a potentially fatal error when we reduce evangelization to apologetics, just as we make a huge mistake when we reduce faith to morals. I return often to this passage from Timothy Radcliffe's book What Is the Point of Being a Christian?:

The Church has nothing to say about morality until our listeners have glimpsed God’s delight in their existence. People often come to us carrying heavy burdens, with lives not in accord with the Church’s teaching, the fruit of complex histories. We have nothing to say at all until people know that God rejoices in their very existence, which is why they exist at all (Kindle Locations 1154-1155. Bloomsbury Publishing. Kindle Edition)

To wit: there is no one who Jesus doesn't wish to make clean, to include, to imbue with a sense of belonging. As we are on the threshold of Lent, perhaps our Lenten challenge is twofold: to accept, again perhaps, Jesus's invitation to belong and to extend that invitation to others, especially someone we know who feels excluded.
at February 13, 2021 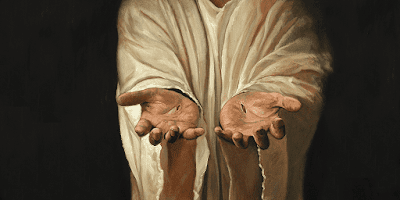