Dead to sin and alive in the Spirit

Today's Scripture reading for Morning Prayer is from St. Paul's letter to the early Christian community in Rome, a community he did not establish, a community he was heading to visit intially because he was going to start working his way west from there. As it turned out he made it to Rome, but not as a free man who was able to organize a mission westward, but as a prisoner making an appeal to the emperor, an appeal he lost.

We ignore St. Paul at our own peril as Christians. Paul passionately connects faith to life over and again, to the extent that if it has nothing to do with your life, if it does affect you and effect the way that you live, then it isn't faith. So, this morning the Church reads: "But if Christ is in you, although the body is dead because of sin, the Spirit is life because of righteousness. If the Spirit of him who raised Jesus from the dead dwells in you, he who raised Christ Jesus from the dead will also give life to your mortal bodies through his Spirit who dwells in you" (Rom. 8:10-11). What do I mean? Well, Paul writes that "if" the Holy Spirit, which is the mode of Christ's resurrection presence (i.e., the Holy Spirit is the way the resurrected Christ is present to us), is in you then your life will bear witness to this by the way that you live, which means living this way, in the manner of one who is dead to sin.

Of course, there is a very human tendency to immediately reduce this to morality. If I am dead to sin I keep the rules. Hence, being alive in Christ is about doing this and not doing that. St. Paul himself, even in Romans, exposes this deception. Any righteousness I have is given to me by God through Christ and realized by the power of the Spirit. It is important that Paul links this to resurrection, making dying and being brought to life something I experience now and not a dream, bordering on fantasy, that I defer until I die. 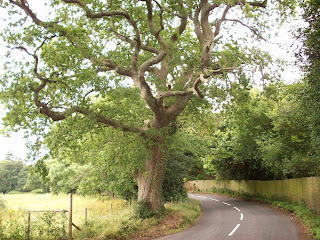 We die, are buried, and rise with Christ in baptism. We subsequently undergo many such deaths, this is inevitable. The question remains, do we continually experience being resurrected, being restored to the life that is truly life by the One who is "the way, and the truth, and the life" (John 14:6)? We call grave sins mortal sins because evil kills. Baptism, as we all know from experience, is not the end of our sinning because baptism, like Eucharist, is not a magic trick that God performs for our amusement. Our post-baptismal attachment to sin is called concupiscence. Elsewhere in Romans Paul reminds us of something that makes most everyone uncomfortable: "where sin increased, grace abounded all the more" (Rom. 5:20). In the very next verse he points out that just "as sin reigned in death, grace also might reign through righteousness leading to eternal life through Jesus Christ our Lord" (5:21).

If looked only intellectually, which is to say in an abstract way, it seems puzzling and more than a little complicated, but certainly understandable. However, if we seek to verify this through our experience by acknowledging the great need that constitutes our humanity more than anything else, which we do by turning to the One who is "the life," then we not only see, but we are transformed, given new life, resurrected life. It is not too much to say that Christ killed Paul on the road to Damascus by blinding him. He killed him only to bring him to new life, true life, life everlasting. For Paul, this was truly an event that became for him a decisive encounter.