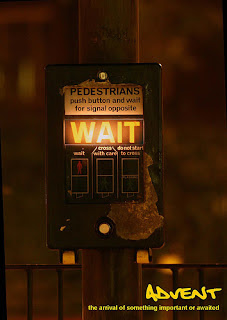 The photograph is a creation of Ben Bell

I was going to wait until this evening after First Vespers to post this, but in light of the mass rush to celebrate Christmas before Advent has even begun, I think pointing out that it is just barely Advent a few hours early will not hurt. It is funny that as everybody rushes to remove all trace of Christmas (until the day after Halloween next year) the season is just beginning. No Christmas tree here until the last Sunday of Advent and it stays until Epiphany. Anyway . . . No apologies for the repeat of Ben Bell's thought provoking Advent card from last year.

Look for something on Spe Salvi in the near future, perhaps Monday. The Holy Father's new encyclical is, while quite lovely in many respects, troubling as regards the social implications of our faith. I am particularly puzzling over his interpretation of St. Paul's Letter to Philemon, owner of the slave and companion of the apostle, Onesimus. I am also somewhat troubled by the conclusions drawn about the life St. Josephine Bakhita. So, in my reading of this letter from the Pope, I am presently hung up on number 4. In particular, I am having a difficult time with the seeming rejection in both encyclicals of a social and political commitment, especially given that both letters are not addressed merely to the clergy but "ALL THE LAY FAITHFUL". In regard to social and political commitment the Holy Father seems to pick up where the beginning of Part II of Deus Caritas Est left off.
at December 01, 2007