Lord, "show leniency towards my wretchedness"

After today the season of Advent we are currently observing makes its turn from preparing for the great and terrible day of Christ's glorious return to preparing for our celebration of the Lord's Nativity. It's important not to present these two distinct aspects of Advent as too much of a dichotomy, making up as they do the tension of living between the already and the not-yet.

As I mentioned yesterday, this week, while traveling, I read Peter Seewald's final book-length interview with Pope Emeritus Benedict: Last Testament: In His Own Words. I found some remarks by the Pope Emeritus towards the beginning of the book, where Seewald is inquiring about his post-papal, life fitting to bring this early part of Advent to a close.

Seewald asks His Holiness: The central point of your reflections was always the personal encounter with Christ. How is that now? How close have you come to Jesus? In answering this unanswerable question, the Pope Emeritus recalls an episode that happened when he was a young priest, one involving Romano Guardini, who, the Holy Father recalls, was staying as a guest at a Protestant parish in the vicinity of where he (then-Father Ratzinger) was serving as a chaplain. Benedict recalls Guardini saying to the Protestant pastor, speaking of relating to the Lord, "in old age it doesn't get easier, but harder." He shares that what Guardini said that day, "deeply impacted" him because "there is something true in it."

What Pope Benedict was finding true in Guardini's observation through his experience of living a monastic life in the Mater Ecclesiae convent in the Vatican Gardens as an old man, is that while being old one is "more deeply practiced," your life has "taken its shape." In other words, you've done what you were going to do. "On the other hand," he observes, "one feels the difficulty of life's questions more deeply, one feels the weight of today's godlessness, the weight of the absence of faith which goes deep into the Church, but then one also feels the greatness of Jesus Christ's words, which evade interpretation more often than before" (9). 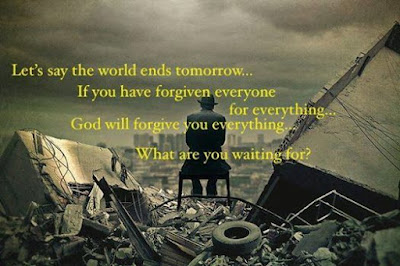 Benedict's answer prompts Seewald to ask: Is this connected to a loss of God's nearness? Or with doubt? His Holiness says, referring to Scripture, "one notices that the depths of the Word are never fully plumbed." As an example he discusses an aspect of the Word that the lack of faith he mentioned previously makes most of us eager to ignore: "some words of wrath, of rejection, of the threat of judgement," saying, these "certainly become more mysterious and grave and awesome than before" (9).

A bit further on, in response to Seewald's question about whether he fears death, Pope Emeritus Benedict, wisely responds the only way a person of faith can respond, yes and no. Of particular interest to me was this: "Another thing is that, despite all the confidence I have that the loving God cannot forsake me, the closer you come to his face, the more intensely you feel how much you have done wrong. In this respect the burden of guilt always weighs on someone, but the basic trust is of course always there" (11).

A few weeks ago, commenting on the observation that "history" will judge Fidel Castro, I wrote: "'History' will not be [Castro's], or anyone else's, judge. The judgment of history is human judgment. Christ will judge Castro and all of us, living and dead, when He returns in glory. I pray that God has mercy on him, I truly do. I will need mercy on judgment day too. In fact, the plan for my defense on that day is to prostrate myself before the Judge, who is also my Savior (in Hebrew, my go'el), and say what I hope will be a perfect enough Act of Contrition." In response to Seewald's question, So when you stand before the Almighty, what will you say to him?, Pope Benedict answered simply: "I will plead with him to show leniency towards my wretchedness."
at December 10, 2016