Writing and living this way: a Saturday miscellanea

My writing ebbs and flows these days. During April it has mostly ebbed. There is no lack of things about which to write. Several years ago I gave up trying to write about everything I found relevant and timely. I don't have regrets about doing that for a time, however. Ultimately, it was just too time-consuming and exhausting. Without trying to sound too weighty, these days I mostly try write about things that truly matter, at least to me. I make no claim to do that in anything more than a yeoman's manner. I am well aware that I have much to be humble about and my writing is not the least of these things.

When I first began blogging in earnest nearly ten years ago, I struggled with the question, Why do this at all? It's a question I wrestled with for several years. Hopefully, I don't sound too selfish when I divulge that I ultimately concluded that keeping a weblog is first and foremost a vehicle of personal growth for me. While I would be lying if I said I wouldn't be disappointed if nobody read what I wrote, I can say I have never been driven by numbers or metrics. On a few occasions I have considered "monetizing" my blog. I have also entertained a few offers to move my blog over to Catholic cyberspaces where I could no doubt attract more readers and make a little money for myself and even more money for the enterprise running the page. I must admit it has been a temptation. But I have either resisted or, as in the one instance I was seriously considering making a move, it fell through, much to my relief.

In the early years of my blog, along with the Friday traditio, I would often compose a "Saturday miscellanea" post. I would do this by just creating and new post and seeing what my fingers typed. Since I mentioned Bob Dylan yesterday, here's an example: "YouTube Orthodoxy and Saturday miscellania." It even features a video on Dylan by then-Father Barron. This was before his Word on Fire started and before he became the sensation he is now. This post is in that vein, or, more likely, simply in vain.

A dear friend of long standing posted something on-line yesterday that caused me to think, that provoked me in a positive way. This is the heart of what she wrote: "Only one thing allowed Christianity to conquer whomever it reached: the Beauty of Christ and the Beauty of those simple lives, overturned by joy." She noted that political activism and fighting culture wars is no way to deliver the Good News. I agree. I think Christians must resist the impulse to reduce Christianity to a desperate rearguard action. However tempting the Benedict Option, or whatever, might seem, I firmly believe most Christians are not called to live in that way, but to live precisely in and for the world.

One thing that should keep Christians from getting too bogged down in culture wars and the like is the realization that Christendom is dead. Hence, the best way ahead does not lie in trying to resurrect it. Whatever good it wrought or bad for which it is responsible, it's dead and gone. I think part of what vexes many Catholics about Pope Francis is that he grasps this and is intent on leading us forward, not backward. "Anyone who puts a hand to the plow and then looks back is not fit for the Kingdom of God" (Luke 9:62). Late last night I began reading T.S. Eliot's essay "The Idea of a Christian Society." Eliot's views seem to cohere with this observation, especially when, in the first chapter, he discusses the Church's delicate and difficult task of moving ahead while keeping the Church's mission and end in clearly in mind. 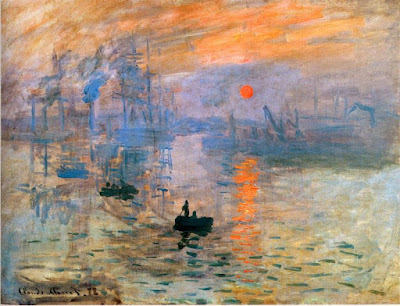 Pope Francis has issued a call to joy. I am usually the last person to feel giddy about anything. But giddiness is not joy and feelings don't constitute happiness. Christ is my joy. He is not a means to an end, He is the end, "the thing in itself," as it were. If I am His then I have everything and nobody can take Him from me and He will not let me go. I know this through experience, which is the only way to know it.

Our Lord and St. Paul after him taught me this crazy notion: nobody can kill me because I've died and risen with Christ in baptism. This is liberation! "I tell you, my friends, do not be afraid of those who kill the body but after that can do no more" (Luke 12:4).

While there are things happening in the U.S. and other Western nations with regard to religious liberty that ought to concern us, the question, it seems to me, as it is in every age and milieu, is, How best to face these things? How do we live this way (i.e., as a disciple of Jesus Christ)? We need to stop seeing the other as a threat and resist the temptations to fight the world the on its own terms as well as the urge to simply run away. It seems to me that the Church in this country cannot do this until we develop what is truly faith, which is so much more than mere belief, or even the application of principles to life. Belief is a choice. Faith, which is faith in Christ, is a divine gift. Faith liberates us so that we are free to love without fear.

Love that is truly love presupposes no agreement. By his life, death, and resurrection Christ taught us and showed us what it means to love our enemies:

We must not avoid these hard teachings lest we fail to love and become unrecognizable as Christians.

When I consider the three transcendentals- truth, beauty, and goodness- I put beauty in the middle. I do so because I think beauty integrates truth and goodness in much the same way I believe fasting integrates prayer and alms-giving and hope integrates faith and love. While this is probably stating the matter too strongly, beauty can turn truth into goodness. I state this because beauty impacts us through our senses. It is an experience born of an encounter. I refuse to say, "This is why we must engage the culture, must be engaged in cultural and artistic pursuits." The reason for my hesitation is that an attitude like that robs beauty and so impoverishes culture by turning art, be it painting, music, literature, photography, film-making, theater, sculpting, dancing, etc., into yet another form of activism, a way to push ideology. I am hard-pressed to think of anything more detrimental to art over the past 50 or so years, maybe even longer, than putting it at the service of ideology.

In another book I began reading this week, The Papist's Guide to America (for a limited time you can download it for free for your Kindle, or Kindle-enabled computer or device), the author, Daniel Schwindt, noted this about ideology: "You cannot press reality, with all of its mystery and contradiction, into a comfortably comprehensible set of generalities to be understood and applied with ease" (Kindle Locations 552-553). Faith is never a reduction of reality. Those who attempt to so reduce faith seek to turn it into an ideology.
at April 23, 2016