Ordinary mustard seeds and the kingdom of God

Today Roman Catholics begin Ordinary Time in earnest. Technically we've been back in Ordinary Time since the Monday after Pentecost. The twin solemnities of Trinity and Corpus Christi that fall on the two Sundays immediately following Pentecost always seem to me as extensions of Easter, which is just fine, Easter is awesome. The two are glorious celebrations that help enter more deeply into the Paschal mystery mysterium tremendum.

Nonetheless, in our Gospel for this Eleventh Sunday in Ordinary Time we hear two parables of Jesus in which He seeks to communicate to us something about the kingdom of God. Parables were Jesus' ordinary way of teaching. As we have all, no doubt, experienced, in His parables, Jesus usually takes something very ordinary and uses it explain something very mysterious, like the kingdom of God, which bears little to no resemblance to any kingdom in this world. 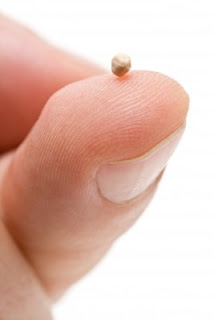 One way of understanding the first parable is to see that the bringing about of God's kingdom is first and foremost the work of God. Like farmer who scatters the seed, those who hear and respond to Christ's invitation to live the way of God's kingdom, are to do our part in spreading the Word, as it were, in scattering the seed by word and example. Pope Francis calls this "missionary discipleship."

Jesus' second parable is one His more popular ones, the parable of the mustard seed, the smallest of seeds that grows into a really big tree. It's easy to forget how small were the beginnings of what we now call Christianity. During Jesus' life and ministry it really consisted of very few people. It's safe to say that whatever following Jesus had apart from the faithful women, who took care of Him and His closest disciples materially and the twelve, was greatly diminished after His crucifixion, which had to be seen by many of His followers as the end, causing them to walk away disappointed. Just think of the disposition of the disciples on the road to Emmaus, who would've been stalwart followers; they were puzzled about what had happened and trying to make sense of it all, they weren't sure what to make of the claims that some made about seeing Jesus alive. 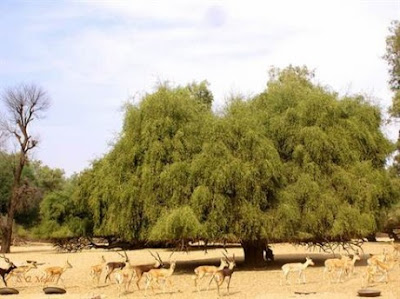 As the Church continues to spread throughout the world, sometimes in the form of being well-established, leveled, and re-established, its beginnings are always small. These dynamics are expressed well in our reading from Ezekiel. We tend to panic as we see the final stages of the long, slow collapse of Christendom. Last night I was reading A.N. Wilson's Dante In Love about the state of the Church in the mid-to-late thirteenth and early fourteenth centuries. Let me just that, by way of contrast, the Church today, with all our challenges, both internal and external, is in far better shape both internally and externally now than then.

We must resist the temptation to despair, the temptation to fall prey to "decline-ism." As Pope Benedict XVI noted in Deus caritas est, the Church's deepest nature is always expressed "in her three-fold responsibility: of proclaiming the word of God (kerygma-martyria), celebrating the sacraments (leitourgia), and exercising the ministry of charity (diakonia) (par 25a). This is the "work" we do that is akin to the farmer's planting in the first parable.

Think about the parish to which you belong, When was it started? By whom was it started? How many were there at the beginning? How many are there now? How many are there now in contrast to when you first came? Chance are, even if the number of people remains the same, I'll bet there are changes, even if you've been there no longer than a year. As we are reminded by our reading from St Paul's Second Letter to the Corinthians, "we walk by faith, not by sight" (2 Cor 5:7).
at June 14, 2015