Do you want to see?

Jesus, son of David, have pity on me." Thus spake Bartimaues, son of Timaeus. By calling Jesus "son of David," Bartimaeus acknowledges Jesus as Messiah. By so doing he expressed faith in him to do what he ultimately did for him. When asked by Jesus what the blind man wanted, he answered this direct question in an equally direct way: "I want to see." His desire was realized and, once he could see, Bartimaeus followed Jesus on the way.

Writing about repentance and preparing for confession, Søren Kierkegaard, in one of his Upbuilding Discourses entitled "Purity of Heart Is to Will One Thing," writes of "an ignorance about one's own life that is equally tragic for the learned and the simple." This ignorance is "self-deceit." Self-deceit is perhaps not so much blindness as it is a refusal to look. A refusal to look amounts to the same thing as blindness: not being able to see.

Perhaps the greatest self-deceit is to consider yourself righteous. All self-perceived righteousness is self-righteousness. Think of bragging about one's own humility. Kierkegaard goes on to insist, rightly, that our sins don't render us unacceptable to God, not in the least. Our sins alienate us from ourselves and from other people. When you prepare for confession by making an examination of your conscience you are doing the same thing Bartimaeus does in today's Gospel. You should do it with the same confidence as the blind man from ancient Jericho. 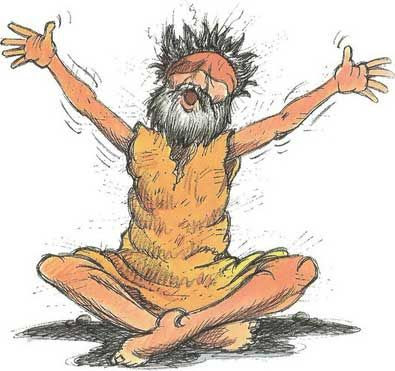 One of Kierkegaard's most-quoted lines comes from this upbuilding discourse: "The prayer does not change God, but it changes the one who offers it." While this line can stand on its own two feet, it is important to point out that he wrote it to make a point concerning one of the most common objections to going to confession: If God knows everything already, then why do I need to confess?

I don't mind sharing that several years ago, after having made my confession, which mostly had to do with sins of anger and impatience, which led me to use harsh and hurtful language, the priest hearing my confession, who knows me, asked simply, "When do you relax?" It was evident to me in a nanosecond how deeply relevant his question was. Now, I would like to say that from that day forward I have made a point of taking it easier with regularity and I no longer commit those sins, but well... But when I struggle in that way this question remains a touchstone for me.

It's troubling to hear people crow loudly that they have no regrets, feel no remorse, etc. This is a blind person who proclaims that not only can he see but can see with great clarity. A life without remorse is certainly not a Christian life. A life without remorse isn't a human life. To succeed at being remorseless is, in the end, to fail or, if you insist, to have succeeded in deceiving yourself. Far better to say, "I want to see."
at October 23, 2021 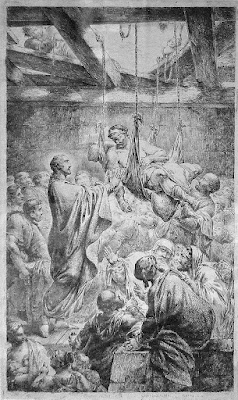