Corpus Christi: The Eucharist "makes" us

The second reading for this Solemnity of the Most Holy Body and Blood of Christ (Corpus Christi) is one of the passages that I think best demonstrates the reality of the hypostatic union. Hypo...stat...ic what?, you may ask. The "hypostatic union" is theological shorthand for the uniting of the divine and human nature in the one person of Jesus Christ.

This reality was defined at the Council of Chalcedon in AD 451:


One and the Same Christ, Son, Lord, Only-begotten; acknowledged in Two Natures unconfusedly, unchangeably, indivisibly, inseparably; the difference of the Natures being in no way removed because of the Union, but rather the properties of each Nature being preserved, and (both) concurring into One Person and One Hypostasis; not as though He were parted or divided into Two Persons, but One and the Self-same Son and Only-begotten God, Word, Lord, Jesus Christ

Why I think the ninth chapter of the Letter to the Hebrews serves as great scriptural evidence (inspired, and so, revelatory evidence) is that in order to suffer, bleed, and die, Christ Jesus had to be fully human.

One of the earliest heresies, one we see being combated in the pages of the New Testament, was docetism. The word docetism, or docetic, is derived from the Greek verb dokeĩn, meaning "to seem." This heresy held that Jesus only seemed to be human, but was really a spirit, a kind of phantom. This is very probably one of the reasons why the resurrection accounts in the Gospels go to great lengths to demonstrate that, even after His rising from the dead, Christ was embodied.

In order for His death to cleanse our flesh and our consciences "from dead works to worship the living God" (Heb 9:13-14), Christ had to be fully divine. If our Lord was not fully divine, then His death is just that of another peasant killed by the Roman imperium.

Offering sacrifice is what priests do, even in the New Covenant. The sacrifice now offered is not a bloody sacrifice, but a participation in the once-for-all efficacious sacrifice our Lord made on the Holy Cross. We will participate in this until He returns in glory. This is exactly what St Paul wrote in his First Letter to the Corinthians: "For as often as you eat this bread and drink the cup, you proclaim the death of the Lord until he comes" (11:26).

Our participation in the Eucharistic sacrifice is what makes us together what we are, the ekklesia, the Church, the veritable Body of Christ. By our gathering at Mass to be formed and informed by the Word of God and by our participation at the table of the Eucharist the Holy Spirit also transforms us into who we are individually: priest and prophets, a royal people. It is here that we are conformed more and more, by the grace of God and our worthy participation (our "worthiness" is also effected by God's grace in the sacraments of Baptism and Penance), into what and who God created, redeemed us, and is now sanctifying us to be. It has been noted more than once that "the Eucharist makes the Church and the Church makes the Eucharist."

Rather than comment on today's Gospel, I will give our dear Lord, whose institution of the Sacrament of His Body and Blood insures that He remains not merely with us, but in us by the power of this Sacrament, the last word: 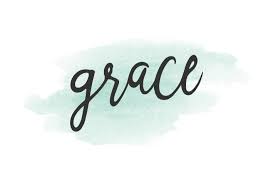