The Cross of Christ: "the secret power of the true God"

I think politics matter, but not as much as we often suppose. Politics are provisional, not permanent. Let's not forget, "Blessed are you...," which is precisely that to which our truly persecuted sisters and brothers give witness. In our present milieu here in the United States, I reject that notion that fomenting fear is evangelization.

"The resurrection demonstrates that the true God has a power utterly superior to that of Caesar. The cross is thus to be seen, with deep and rich paradox, as the secret power of this true God, the power of self-giving love which (as Jesus said it would) subverts the power of the tyrant (Mk. 10:35-45)" N.T. Wright on Paul’s Letter to the Romans 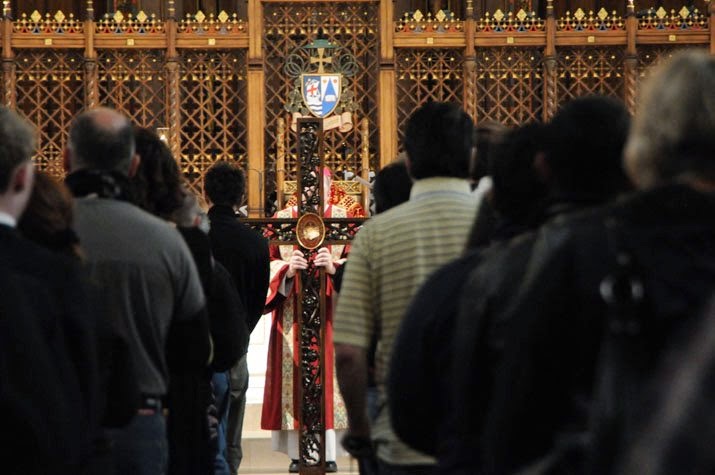 If I accept what Paul so strongly asserts, the only question I have to answer is, How do I make Christ’s Cross present in the world?
at April 05, 2014

Email ThisBlogThis!Share to TwitterShare to FacebookShare to Pinterest
Labels: discipleship, I believe