The scandal of Jesus

"[T]he Son of Man is lord even of the Sabbath" (Mark 2:28). After reading the pericope that ends the second chapter of Mark's Gospel and the one that begins chapter three, I am struck by how scandalous Jesus was to the scribes and Pharisees. This is all the more remarkable when you consider that Jesus had more in common with the Pharisees than with any of the other predominant groupings of Jews (i.e., Sadducees, who were likely "scribes" written about Mark, Herodians, Zealots, even the Essenes). We have to treat these passages carefully and see that Jesus in no way denigrates the importance of Sabbath observance, it matters that you attend synagogue, in our day church. It also matters that you observe the Lord's Day in an intentional and restful way. 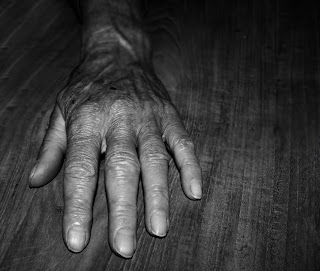 This is similar to Jesus' eating with tax collectors and sinners. He does not deny that they need to repent, to change their ways. In fact, the point and purpose of his eating with them is to facilitate their repentance, by reaching out to them in a gentle and kind way, even at the risk of appearing scandalous. Who knows? Perhaps Jesus' willingness to risk the scandal of being seen and associated with them is precisely what they needed to repent. The beauty of these Gospel passages is that they show us what it means to be a Christian, to follow to Jesus Christ, which means reaching out to those in need, especially to those who simply need to change, who need to be changed by the love of God. It also means not being easily scandalized, judging that there are people who are not worthy of God's love and so not worthy of our concern, or even the concern of others. In my opinion, self-righteousness is the ugliest sin. Sadly, I am guilty of it at times. It leads us to always assume the worst about others, to easily and casually impugn motives and intentions. Jesus shows us that the love of God is a scandal, not just to the world, but to many believers.

In Greek, skandalon is what we would call a stumbling block, literally, it is a stone in the path that causes one to trip and fall. Just as Jesus was a skandalon for Jews of his time, he is one for many Christians today. If you want to follow Jesus you have to let go of ideologies, nicely pre-packaged ways of looking at others and the world. As Jesus shows us in these passages from Mark, to follow him is to go neither to the left nor to the right, but precisely after him. As Catholics we've all heard, perhaps we have even said, that so-and-so thinks he's more Catholic than the pope, we all know people who believe that they are more Catholic than their bishop. People who veer to either side of the path along which Jesus beckons us to follow him, in addition to running the risk of being hardened by ideology, can easily see themselves as more Christian than Jesus, substituting the purity and rightness of a cause for genuine love and concern for others, which means being concerned about their destiny. So, that overused and nearly broken word discipleship cannot ever mean only what I think it means at any given time because that means stopping on the path.

In his lovely song, Scandalon, Michael Card captures what I am writing about beautifully:

"The seers and the prophets had foretold it long ago/That the long awaited one would make men stumble/But they were looking for a king to conquer and to kill/Who'd have ever thought He'd be so weak and humble-Chorus- He will be the truth that will offend them one and all/A stone that makes men stumble/And a rock that makes them fall/Many will be broken so that He can make them whole/And many will be crushed and lose their own soul."
at November 19, 2009