Holy Mary, Mother of God, pray for us sinners now...

I had big plans for blogging this past week. As the old saw goes, "I plan. God laughs." I had planned a post for the Solemnity of the Assumption of the Blessed Virgin Mary last Wednesday. I had planned a Friday traditio and then re-planned it due to Aretha Franklin's death. Since it is the third Sunday of the month, I was looking forward to preparing, preaching, and then sharing a homily on our penultimate reading from Jesus' Bread of Life Discourse the sixth chapter of St. John Gospel. I may well have planned but God sure as hell wasn't laughing this week. I am pretty sure God is crying. All of my plans were derailed on Tuesday by the release of the Pennsylvania grand jury report on the sexual abuse of minors and the systematic mishandling of many of these cases. I came home from work Tuesday, downloaded the report (you can find it here), and over the next fours hours or so read it in its entirety. Coming as it does on the heels of the McCarrick scandal, I can only say that after reading it I was devastated.

As devastated as I am by just reading about clerical sexual abuse and efforts aimed at not divulging and evading responsibility for it, it is not about me. Those who were abused and then treated shabbily are the ones who have truly been devastated. A social media friend of mine, who is an Anglican priest, noted something worth passing along in this regard: "When great crisis and scandal is uncovered in the church people find comfort in big picture ideas like 'the church will never end' but it does end for some people based on the actions of the church and that’s a catastrophe." Just to be clear, from my perspective, the catastrophe of Church ending for victims of abuse is a catastrophe for the Church. The victim who leaves experienced the catastrophic in his/her abuse and often in their horrible treatment after the abuse. For them, getting away is probably a relief.

Due to the unpleasantness of these revelations, many faithful Catholics, both lay and clergy, are sometimes too eager to make these things pass and/or explain these things away. As for myself, I can think about any number of things I would rather blog about. As a Catholic blogger who is a member of the clergy, I would be forced to revoke my own Catholic blogging card if I avoided these matters. I apologize for not having anything really insightful to write. What is there to say?

To be clear, the Pennsylvania grand jury report went back 70 years. Hence, it mostly covered the same period of time, prior to 2002, when the U.S. bishops enacted the Dallas Charter for the Protection of Children and Young People, covered by the Boston Globe's reporting in 2002. It was the Boston Globe reporting that led to the enactment of the Dallas Charter. For an easy way to learn about the Boston mess that started the ball rolling, I urge you to watch the 2015 movie Spotlight. As a result of this scope, most of the harrowing abuse and failures in light of the abuse detailed in the report occurred decades ago. Nonetheless, in 2002 dioceses the U.S. were supposed to review all priest personnel files going back 50 years and divulge details on abuse and how the diocese handled abuse cases. The fact that it took the Attorney General of the state of Pennsylvania convening a grand jury to investigate 6 of the 7 dioceses in the state (the seventh, which is the Metropolitan Archdiocese of Philadelphia, had already been subjected to this kind of legal scrutiny) to discover this information represents another massive failure on the part of each of these dioceses. This certainly gives the claims bishops have made about being transparent a false ring. 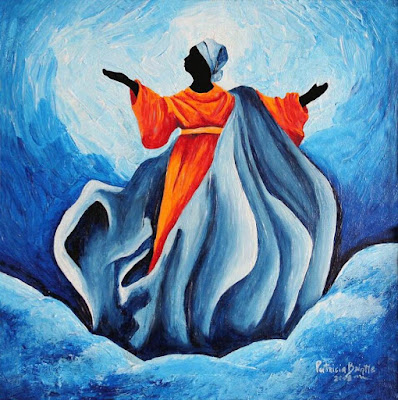 
All of this led me to go back and look at the statement issued by the bishop of my diocese at that time. In 2002 then-Bishop George Niederauer, who went on to lead the Archdiocese of San Francisco, the man who ordained me in 2004, put out a detailed statement you can find here. This week, my current bishop, Oscar Solis, who has led the Diocese of Salt Lake City for about a year-and-a-half, put out a statement you can read here. I suppose, if nothing else, I can offer you a one-stop place to see all official Church responses to the grand jury report. To that end, here is the response of United States Conference of Catholic Bishops put out by Conference president Cardinal DiNardo, who serves as archbishop of Houston and here is an article on the only response so far made by the Holy See, issued by the director of the Vatican Press Office, Greg Burke. Finally, a link to what is in the Database of Publicly Accused Priests in the United States for the Diocese of Salt Lake City.

I think it is very important to keep the victims of abuse in the forefront of our hearts and in our prayers during these trying days. Defaulting to concern about anyone other than the victims is a symptom of what is wrong. I know many faithful priests and I am sure that they are not worried about themselves but the victims and the damage inflicted on people by abuse and cover-ups. Making it about someone other than the victims is myopic and narcissistic, or, to use Pope Francis's term, self-referential. It's equally important to note that the hierarchy is not the Church. All the baptized constitute the Church. This means that the vast majority of victims belong to the Church, to Christ's wounded Body, even those who understandably feel they can no longer participate or be among us.

By insisting we keep the focus of sympathy and compassion on the victims, I am not suggesting that perpetrators of abuse or those who facilitated abuse by ignoring it and seeking to cover it up should be let off easily, or let off at all. Justice matters. One thing this past month has amply demonstrated is how important it is for bishops to be held accountable. Bishops, like McCarrick, who abuse as well as bishops who knew of the abuse and did nothing or, worse, poured salt in the wounds of victims, as well as bishops who made settlements with victims in exchange for the victims' silence need to be held accountable. By that, I mean these bishops need to resign or be removed. If probable cause indicates laws may have been broken, they need to be investigated and, if warranted, prosecuted. If prosecuted and found guilty, such bishops need to be justly sentenced.

I hope it is not Churchsplaining to point out that there are a few signs of hope. Since 2002 abuse in the Church is way down. When abuse occurs, it seems dioceses in the U.S. most often adhere to the established protocols by suspending errant clerics and lay ministers when a credible allegation is made, notifying law enforcement so they can investigate the matter and bring criminal charges when warranted and, if it is determined abuse occurred, permanently removing the abuser from ministry. If the abuser is a cleric it is now much easier to involuntarily dismiss him from the clerical state. Dioceses and Catholic institutions seem committed to preventing abuse and acting swiftly and decisively when it is reported. I will address this again in my homily for this Sunday, which I will post tomorrow. After tomorrow, unless there is something new, I plane to post minimally on this topic. I wary of adding to the words in which we are already drowning.

Our late traditio this week is the amazing Aretha Franklin, who was truly a national treasure, singing "Mary Don't You Weep."