Liberation theology: the war that never was

Yesterday several friends brought to my attention an article by Gianni Valente that appeared on La Stampa's Vatican Insider website the headline of which announced, "The war between the Liberation Theology movement and Rome is over." To point out the obvious, the working assumption here is that there was a war in the first place. I contend that this is not just an exaggeration, but a gross exaggeration. To be fair, Valente's piece is very balanced. As someone who has articles published from time-to-time, one must keep in mind that headlines are written in order to grab attention, even when this sometimes results in a disconnect with the content of the article.

All the way back in 1984, the Congregation for the Doctrine of the Faith, then headed by Cardinal Josef Ratzinger, issued an "Instruction on certain aspects of 'The Theology of Liberation.'" As the title indicates, this was not a wholesale condemnation of "liberation theology."

It is important to recognize that there is really no such thing as "liberation theology." There is certainly a liberation(ist) strand of Catholic theology, but it is not monolithic and never has been. I challenge anyone to read Gustavo Gutiérrez's The God of Life, or On Job: God-talk and the Suffering of the Innocent, and not be deeply moved and better informed.

Jon Sobrino is another liberation theologian whose works, despite running into some issues with the CDF, are also well worth while. In its "Notification on the works of Father Jon Sobrino, SJ," the Congregation pointed out that Sobrino's "works contain propositions which are either erroneous or dangerous and may cause harm to the faithful." It is important to note that Sobrino was not condemned, censured, or forbidden from teaching or publishing by the Holy See. It is a bit odd, even humorous perhaps, to note that the archbishop of San Salvador forbade Sobrino from teaching and lecturing on theology anywhere in his metropolitan province- here comes the funny part- the archbishop pulled the previously granted nihil obstat from Sobrino's writings.

A nihil obstat is an official guarantee, granted by legitimate ecclesial authority (in most instances a bishop, after the work has been reviewed by a qualified censor liborum- a qualified theologian), that the book contains nothing contrary to the Catholic faith. The trouble that Sobrino ran into serves to highlight the major area of concern about liberationist theologies in general, namely that Jesus' human nature is emphasized at the expense of His divine nature, reducing liberation to merely an existential concern without a transcendent dimension. Of course, there are also those who breached the banks of orthodoxy, such as Leonardo Boff, as well as those who were carried away by Marxism, whose influence is what the Holy See sought rightly to curtail. In other words, there were and remain some very radical theologies of liberation that are actually anti-thetical to Christianity in many ways.

It was well known at the time of his appointment by Pope Benedict XVI that the current Prefect of the Congregation for the Doctrine of the Faith, Archbishop Gerhard Müller, who, as I noted in a previous post this week, wrote his doctoral dissertation on the sacramental theology of Dietrich Bonhoeffer, is, shall we say, favorably disposed towards "good" liberation theology. As Valente notes in his La Stampa piece, back in 2004 Müller and Gutiérrez co-authored a book of essays on liberation theology, which was published in Germany, the translated title of which is On the Side of the Poor. The Theology of Liberation. It was also well-noted at the time of his election that Pope Francis, when he served as Provincial of The Society of Jesus (Jesuits) in Argentina, also fought against the more extreme tendencies among liberationist theologians. One can certainly do this while vigorously supporting the healthy strands and tendencies of liberation theology. 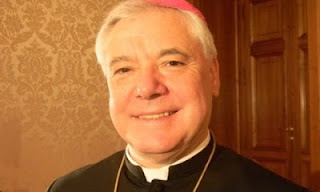 Archbishop Gerhard Müller, Prefect of the Congregation for the Doctrine of the Faith


In a post over on Cosmos The In Lost, "Colm Tóibín’s Regensburg Moment & Macauley’s Catholic Dissidents," Artur cites from a recent article by Philip Jenkins, noting "Rome’s effectiveness in flexibly absorbing and directing the energies of eccentric figures and movements in ways Protestantism doesn't," which is highly relevant to this whole issue of liberationist theologies.

Here are some links from the Καθολικός διάκονος archives:

The Congregation ended its "Instruction on certain aspects..." by citing paragraph 27 of the Servant of God, Pope Paul VI's Credo of the People of God:


"We profess our faith that the Kingdom of God, begun here below in the Church of Christ, is not of this world, whose form is passing away, and that its own growth cannot be confused with the progress of civilization, of science, and of human technology, but that it consists in knowing ever more deeply the unfathomable riches of Christ, to hope ever more strongly in things eternal, to respond ever more ardently to the love of God, to spread ever more widely grace and holiness among men.

Email ThisBlogThis!Share to TwitterShare to FacebookShare to Pinterest
Labels: Theology

"Behold, I make all things new"

This Sunday's readings, far from being disparate, constitute a unified whole. I don't think this is evident at a glance. So, in this... 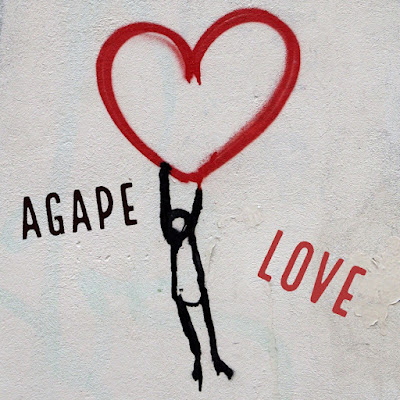 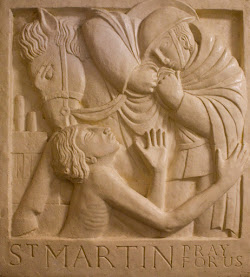 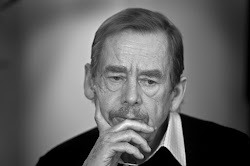