Living in front of God

Unlike many of my Catholic friends, I enjoy a fair amount of contemporary Christian music. My enjoyment of such music, by no means all of it, as much of is lamentably bad, has no liturgical implications, which means I have no desire for it to comprise any part of the Sacred Liturgy. But for devotional purposes, I find some of it wonderfully suitable in that way only music can be.

I have had a copy of the 1992 album Coram Deo since a few years after it was released. I had not listened to it for years, that is, until the beginning of Lent, when I put it in my CD case in my car. So, for the past few weeks I have listened to it a lot. Literally translated, Coram Deo means "before God," as in, "in front of God" and so, "in God's presence." 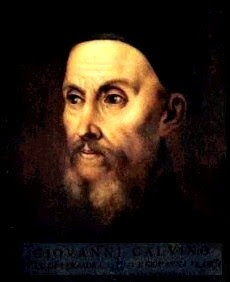 I never cease to be amazed at the convergences that happen in life. Currently I am reading T.H.L. Parker's John Calvin: A Biography, along with some of Calvin's Institutes on the Christian Religion. As Parker notes, in the Institutes the phrase coram deo, along with the phrase apud Deum, which means "with God," "meet us at every turn." According to Parker, Calvin "based his theology on the belief that the decisions and judgments of God are the ultimate and real truth about man."

Our traditio for the second Friday of Lent, on which we observe the Feast of the Chair St. Peter, Apostle (I already used Tu es Petrus)- making my mention of Calvin even stranger I suppose, is Charlie Peacock's "Now Is the Time for Tears" off Coram Deo. This is a brilliant song about how to minister to those experiencing pain and loss.

Today also marks the eighth anniversary of the death of my dear Msgr. Luigi Giussani.
at February 22, 2013